Naughty Bathroom Habits That Might Be Driving Your Partner Insane 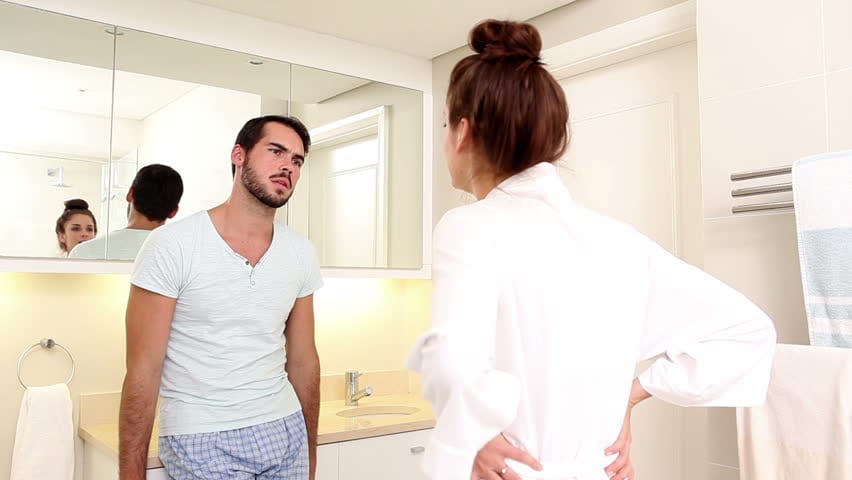 We’re all perfect in our partners eyes until we move in with one another. That’s when the cloudy veil of infatuation begins to fall away, and we see our partners for what they really are: smelly humans!

But it’s not all bad, for the most part, living with your significant other is a pleasure, with plenty of beautiful memories to be made and shared with one another. Just be mindful not to be too careless when it comes to leaving the toilet seat up or peeing on the floor!

In this article we are going to explore some of the pet hates which may be driving your better half up the wall. Are you guilty of any of the following?

Weeing on the Seat

As a man, I speak from experience when I say that it’s not as easy as you think, to never pee on the seat. It is however inexcusable not to clean up after yourself. I’ve been caught off guard by the occasional sneeze, but I daren’t leave the evidence on the seat as some six-year-old boy might. (Mostly as a matter of pride, but I’m also rather scared of my girlfriend!)

It’s no secret that women hate pee on the toilet seat, and who can blame them? I can’t think of anything worse can sitting down on the toilet seat of a nigh-time, only for my butt to be greeted with some cold, wet remnants from an inconsiderate other half.

Most women are forgiving and can tolerate it now and again, though don’t be surprised to find yourself alone if you’re unwilling to clean up after yourself.

Pooping with the Door Open

It may not sound all that bad, though for some people it is simply unacceptable. I suppose it’s the true test of love? Feeling comfortable enough to do so, though before you start, perhaps broach the subject with your better half and see how they react. Or better yet just go for it and gauge their response!

One thing is for certain though, don’t barge in when your girlfriend is enjoying a nice relaxing bath to do your business! Either wait, or take it outside – believe me, anything is better than what would follow if you interrupted a woman’s bath-time with yet more of your $5&T.

Using the Last of the Loo Roll 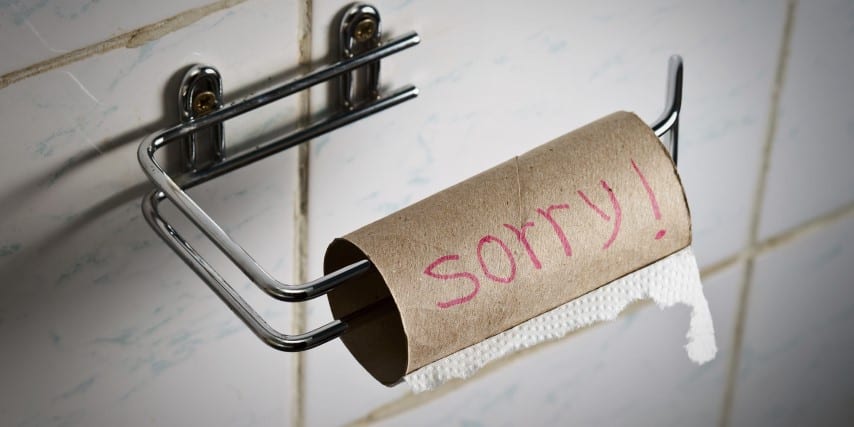 Ooooh! I know! It’s enough to drive even the most patient and understanding of people to the brink of breaking up with a person. It may sound petty to some, though others may consider this a slight worthy of ending a relationship. Particularly if you do it all of the time!

If you’ve ever been stranded in the loo without any toilet roll then you’ll know exactly how distressing this can be. And for some people who are particularly shy when it comes to pooping; it can be a disastrous nightmare beyond imagination.

A great way to combat this? Get yourself a sizeable bathroom vanity unit with plenty of storage space and stock up.

Admittedly, this is my pet-hate when it comes to poor bathroom habits. It is more common among men to leave skid marks in the toilet, because let’s face it; men are gross, right? Though contrary to popular belief, there are many women who are guilty of this also.

Either way, it’s no difficult task to clean the toilet after you’ve used it; particularly if you want to stay with your beloved. Don’t give them a reason to loathe you. And realistically; being greeted by unwanted stains in the toilet every time you go to use it is reason enough.

We’re not saying that you’re not allowed to poo, just get rid of it when you’re done, that’s all.

There are many more annoying bathroom habits that can drive people insane; many of which don’t necessarily involve bodily functions. The point is just to be mindful of other people that have to go in after you. Of course, we’re all human and women definitely do not smell of roses; though why not afford one another the common courtesy of cleaning up after ourselves?

If you can’t do that, just keep doing what you’re doing and hope that you’ll either find yourself an absolute saint, or someone equally as disgusting as you.