15 Crazy Toilet Facts to Pass Time While On The Toilet 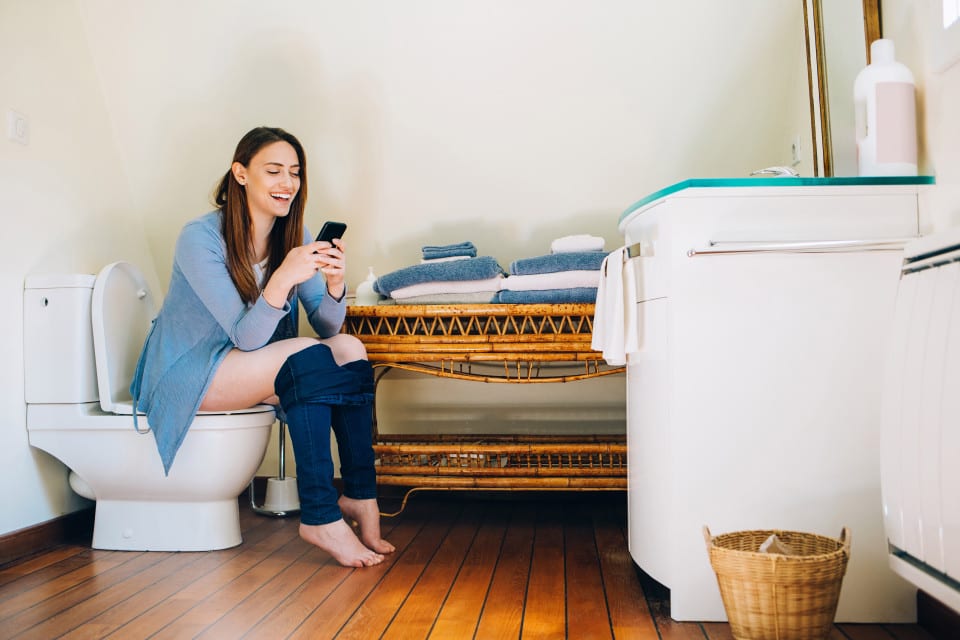 If you’re reading this and you’re not currently sat on the toilet then bookmark it and save it for later. It would be wrong for you to read these 15 crazy toilet facts when not on the toilet. Not only will you find yourself feeling enlightened having gained this additional knowledge, but the time it takes you to read all 15 should be long enough for you to…you know…take care of business. Shall we begin?

1: Herman Goering, one of the most powerful figures in the Nazi Party refused to use regular toilet paper. In fact, he would buy soft handkerchiefs in bulk and use them instead. (Sorry for ruining Handkerchiefs for you, but we thought you should know)

2: In 1992, Britain’s toilets were actually voted as being the worst in the world…dear o dear I think it’s safe to say that we’ve come a long way since then.

3: In America, toilets are flushed more during the Superbowl Half Time period, than at any other time during the year. That’s a lot of beer!

4: Apparently the King of Rock n Roll wasn’t the only King to die in the loo! As it happens King George II of Great Britain died when he fell off a toilet on the 25th October 1760. I’m not sure how tall his throne was, but if he were on Holiday in Thailand at the time, he wouldn’t have been falling off any toilets, that’s for certain.

5: The Average person spends three years of their life sat on the toilet…go on and skim read the remaining ten facts – get outside and live your life while you still can!!!

6: The 1960’s movie: Psycho, was the first ever film to show a toilet flushing. Believe it or not this was considered inappropriate and caused outrage among many and caused a large influx of complaints. (Imagine how bad it would have been had the actor not bothered at all)

7: In public toilets, the toilet handle can have up to 40,000 germs per square inch…nice!

8: The Roman army didn’t have toilet paper, so they instead used a water soaked sponge on the end of a stick. I’m sure you’ll agree that this brings new depth and meaning to the saying: “a stick up your &$$”.

9: Back in the day, pomegranates with cloves were used as toilet air-freshener.

10: We all love a good survey, so much so in fact, that over $100,000 dollars was spent on figuring out the correct way to place your toilet paper in the holder. Is it flap in front or behind? Well, 3 out of 4 people have the flap in front. Do you count yourself among them?

11: Thomas Crapper didn’t invent the toilet, but he actually perfected the Siphon Flush System that we used today.

12: Clean freak? Use the first toilet cubicle in a row. It is used the least and is subsequently the cleanest as a result.

13: An estimated 2.6 billion people in the world do not have access to proper toilet facilities.

14: Following on from 12, a lack of suitable toilets and sanitation kills approximately 1.8 million people a year (the large majority of them being children)

15: Our sewer systems contain huge doses of drugs, given that 90@ of all pharmaceuticals taken by people are excreted through urination. This is quite a serious issue, given that a study by the EPA has found fish containing traces of estrogen, cholesterol-lowering drugs, pain relievers, antibiotics, caffeine and even anti-depressants.