10 Bathroom Pranks You Wish Will Never Happen To You

Pranking other people has long been a passion of ours, given that we humans have a terribly guilty tendency to enjoy laughing at other people’s misfortune. We’re not proud of it, but so long as it doesn’t happen to us we’re OK with it.

Now that Christmas has been and gone (what feels like a week ago) and we’re now already into the month of March, I figured we could all do with a laugh. Time fly’s far too fast for my liking, so take a moment and enjoy these top 10 worst bathroom pranks ever! – I know it isn’t quite April fool’s day yet, though by the rate at which this year is passing us by it will be here before you know it. 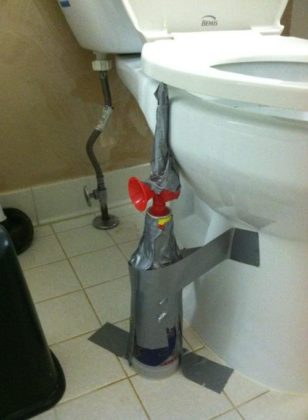 This is a wonderfully cruel prank: perfect for those who are sick of being moaned at for leaving the toilet seat up. Simply attach an air-horn to the toilet sea and literally scare the $#!^ out of your loved ones! 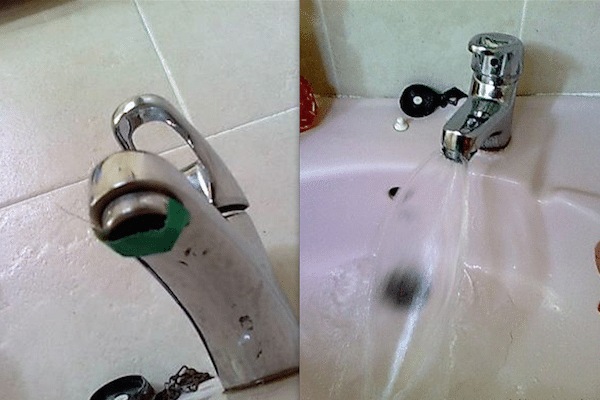 Placing a bit of tape under the bathroom faucet is an old classic, but it is sure to always catch your victim unawares! It may be tricky to get this one on camera, but it will totally be worth it if you can pull it off.

3 – “Laugh so hard that your face goes numb” 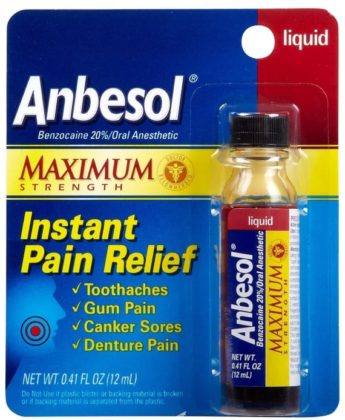 I’m not necessarily saying that this is a particularly good idea, but if you really want to get somebody back then perhaps it might be worth giving this prank a try.
The idea is to put a little Anbesol into the victims Toothpaste, mix it in real good and then put some more in just in case – then, the next time your victim brushes their teeth; the numbing agent will render their gob feeling numb for up to 2 hours! (Try to avoid doing this prank if they’re due for a job interview or any other important things that require speaking properly) 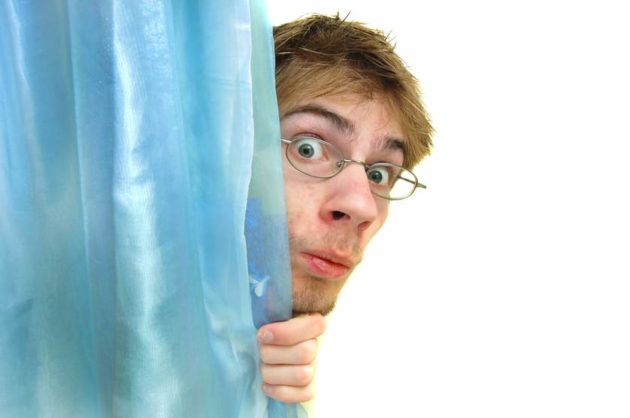 This classic prank never gets old! There’s nothing more satisfying than jumping out on somebody and witnessing them scream like a little girl. Just be careful to get your timing perfect, as you’ll either find yourself waiting in the bathroom on your own for ages like a lemon; or hiding in an awkward silence because you didn’t let your presence be known quite fast enough… 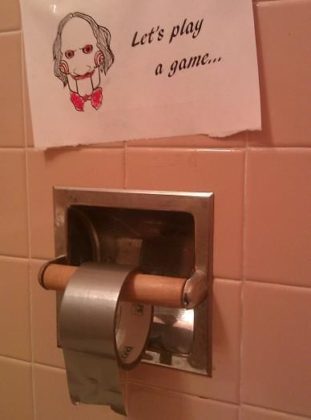 One of the worst things in the world is sitting down, doing your thing and then turning to learn that there’s no loo roll left! The only thing worse than that is finding that the loo roll has been replaced by something else…duct tape is cruel…sandpaper is the work of a psychopath – choose wisely.

6 – “Shower them with affection”

There’s nothing better than having a lovely, refreshing shower and feeling all soft and clean afterwards. If you really want to ruin someone’s day then perhaps this prank is the best of all.
Insert a hard boiled sweet into the victims’ shower head; it won’t change the colour of the water but it will certainly leave the victim feeling horrible and sticky afterwards. 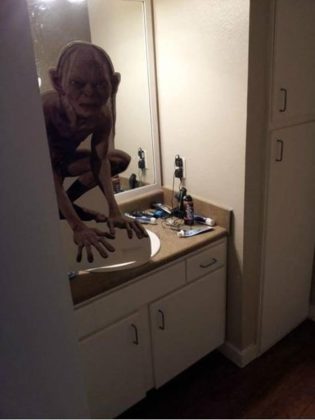 A well-placed cardboard cut-out in any scenario can be scary as hell, though none quite as precious as being rudely awoken by Gollum crouching over the sink while you’re going for a random middle of the night wee! 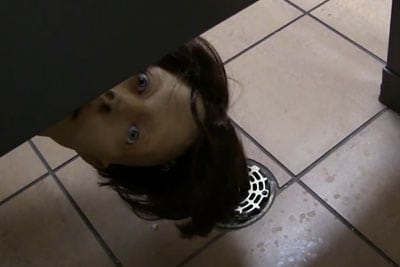 This could potentially be one of the scariest / weirdest pranks that you could play on anyone – particularly if there is a certain co-worker who drives you up the wall! (Probably best to avoid trying this on a stranger in a public place.)
Simply wait for your victim to enter the toilet stall next to you and slowly ease a creepy looking mannequin head or horror mask under the cubicle and listen to them squeal (Be prepared to run) 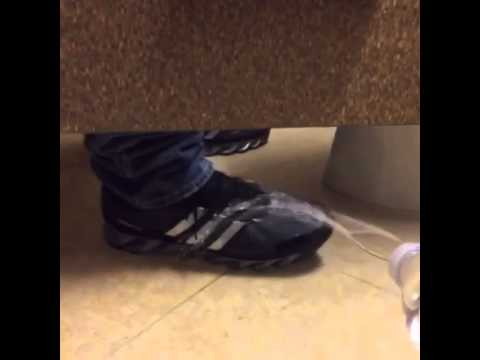 Again, as I said previous about the previous prank: You should probably refrain from doing this to a complete stranger, as Ultimate Fighting Champions occasionally use public toilets as well. Take a bottle of water, wait for your victim to enter the stall next to you and spray all over their feet. Their initial thought is going to be that someone is peeing all over their shoes…priceless. 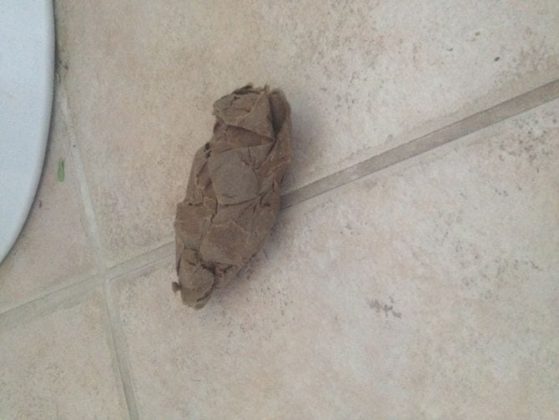 And last but by no means bottom; the poo tube prank! Basically, grab an empty loo-roll tube and mash it up under the tap with water.  This will leave you with a remarkably turdlike sculpture which you can then use to positively disgust your victims. The toilet seat is likely the most affective place to leave this monstrosity, though you can be creative as you like. Enjoy.