The Ten Toilet Commandments – Bathroom Etiquette in the Workplace

Are You Being Considerate to Your Fellow Work Colleagues When it Comes to Taking Care of Business? 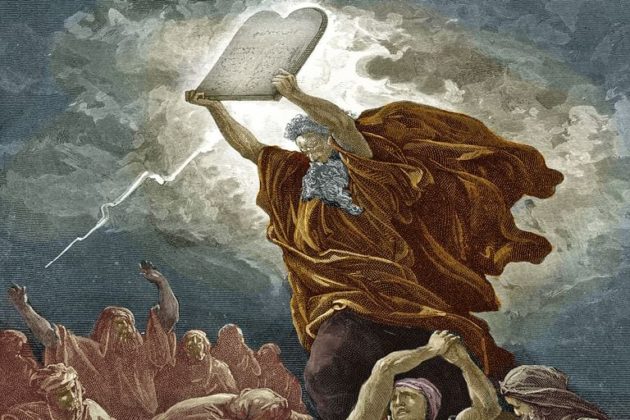 You’d like to think that public toilets would be different when you’re in the work place, surrounded by educated and respectable fellows, though you’d be mistaken. If anything, they all too often end up looking like some dingy student pub loos at 3:00am. It’s almost as though some people take it upon themselves to ‘stick it to the man’ by intentionally missing the toilet.

I’ll assume that this isn’t you, and that you know how to pull the flush and wash your hands. Read on and join us on a path toward enlightenment. Here are the Ten Toilet Commandments in the Workplace:

1. Avoid wearing shoes that are memorable enough to be recognised under a toilet stall. While I love a nice pair of Brogues as much as the next guy; after a heavy night on the beer, finished off with a spicy curry, it may be worth flying under the radar.

2. No drawn out conversations at the urinal. A courteous “Hello, how are you?” will suffice, and under no circumstance should there be talking between loo cubicles. Don’t be that guy.

3. Seek out the “Safe Haven” toilets, every workplace has them. It may take you an extra few minutes to get there, though there’s nothing better than being able to poop in peace.

4. Keep the details to yourself. Your colleagues already have to pretend that they’re interested in what you have to say so don’t add insult to injury by boasting about how you just “destroyed that bowl back there”.

5. No laughing at or acknowledging any untoward noises, it’s awkward enough as it is. Just let it flow, then get up and go.

6.Strictly no eye contact. Find a spot on the wall in front of you, then study it, memorise its exact location, then the next time you pop to the loo you can lock on and relax.

7. My advice: Avoid the last cubicle. Contrary to popular belief this toilet is actually the most unsanitary, given that everyone has the same idea and likes to hide out of the way at the end. The same applies for the disabled loos, though for other reasons of a more…unsanitary nature.

8. Don’t talk on the phone. It’s bad enough having to smell you, let alone listen to you.

9. Leave a gap between urinals if at all possible. If there is only one urinal available and it means awkwardly wedging yourself between a couple of colleagues, try killing sometime by re-adjusting your tie in the mirror.

10. Never pull rank. Whether you’re the director or a cleaner – rules is rules!

Provided that everybody adheres to these simple rules, the world will be a much brighter place. Granted your toilets won’t be as amazing as these toilets; but at least you’ll all feel more at ease when taking care of business.